What is Indian Psychology? 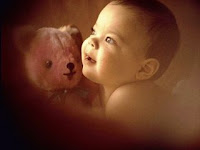 Indian psychology is an approach to psychology based on the Indian ethos, the characteristic spirit of the Indian civilization. One could also say that it is a psychology rooted in Indian philosophy, yoga and their life-affirming spirituality.
All three terms may need some clarification:- with philosophy we mean a complex group of interrelated ideas about the fundamental nature of knowledge and reality used as a guiding principle for life in all its facets;- with yoga we mean a systematic effort to become consciously one with the Divine, not only in its passive, transcendent aspect, but also in its manifest, dynamic presence;- and with a life-affirming spirituality we mean a spirituality that accepts the world and human nature as a field for the Divine to manifest, as a "work in progress", as a reality that needs to be transcended in order to be transformed.
It may also help to clarify what we do not mean by some of these terms: - with Indian Philosophy and Indian Psychology we don't mean the academic disicplines as practised in modern India;- with Indian philosophy we also don't mean just the six darshanas: we mean the basic worldview underlying the entire Indian culture, its literature, oral traditions, arts, folklore and social dynamism;- with Indian Psychology we definitely don't mean a psychology specifically or exclusively suitable for people living in the Indian sub-continent, or of Indian origin: we feel that the Indian tradition can make valuable contributions to the psychological understanding of all human beings, irrespective of their descent or cultural background.
We feel that Indian Psychology can make a crucial, and urgently needed contribution to the entire global civilization that is evolving around us.
Cited From:
http://ipi.org.in/second/whatisip.htm Dated:१९-०३-2008

Posted by Desh Raj Sirswal at 2:15 AM Links to this post 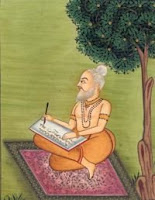 Posted by Desh Raj Sirswal at 11:38 PM Links to this post