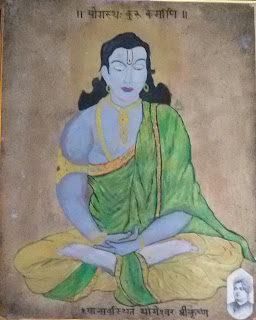 Posted by Desh Raj Sirswal at 7:05 AM Links to this post 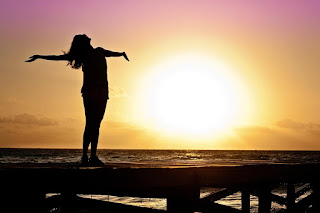 
Indian Philosophy is a term that refers to schools of philosophical thought that originated in the Indian subcontinent. Over the ages there has been continuity in enlarge this filed of philosophical enquiry, which as lead to a wide range of scriptures and systems of philosophy. The Yoga School, which was founded by Patanjali, was closely allied with Samkhya, and accepts its epistemology and metaphysics it was introduced by Patañjali in the 2nd century BC. The Practice of Yoga as a discipline had been done since ancient times. However, since its alliance with the Samkhya, it tried to develop a specific philosophy of its own, which would be in harmony with the Samkhya Philosophy. Though the popular understanding of Yoga equates it with just the asanas, there are eight steps prescribed for its practice, which emphasize internal and external cleansing, self - discipline physical fitness, and meditation, which result in alertness and mental strength. Yoga as a term used for a system of abstract meditation or mental abstraction. Someone who practices yoga or follows the yoga philosophy with a high level of commitment is called a yogi or yogini. Virtually everyone can see physical benefits from yoga, and its practice can also give psychological benefits, such as stress reduction and a sense of well-being, and spiritual benefits, such as a feeling of connectedness with God or Spirit, or a feeling of transcendence. Mental stress is an important part of our life. It is the biggest challenge to live a life without stress and to continue with the peace of mind. In this paper it is an attempt to made the discuss yoga philosophy in present day intellectual world as well its application to maintain human well-being.
Note: Wrote for a seminar on yoga.

Posted by Desh Raj Sirswal at 10:28 PM Links to this post

The Institute is organising a National seminar on “Relevance of Triguna Theory in Contemporary World” from 03-04 October 2018. The inaugural session of the seminar will take place at the Pool Theatre on 03 October 2018 (Wednesday) at 10.00 a.m. This would be followed by High Tea at 10.45 a.m
Link:
http://www.iias.ac.in/event/relevance-triguna-theory-contemporary-world-0

Posted by Desh Raj Sirswal at 1:37 AM Links to this post